With recent rapid advances in cell-based tissue engineering and assays for drug discovery, and the continued development of regenerative medicine, cell therapy and biobanking applications, there has always been an urgent need to improve the efficiency of cell and tissue cryopreservation on both laboratory and industrial scales. The need is unmet primarily due to the fact that traditional cryopreservation methods have yielded discouraging outcomes for numerous primary cell types and bioartificial tissues. Likewise, as a result of recent and rapid advances of immunogenetical, artificial intelligence and big data technologies, the accuracy and efficiency of donor-recipient immunogenetical matching are expected to be significantly improved; but traditional tissue banking practices for medical transplantation are being severely challenged due to low throughput from applications of traditional cryopreservation methods for storage of donor tissues. The traditional cryopreservation procedures also frequently cause disastrous sample loss associated with maloperations or accidents that result in temperature fluctuations intolerable for frozen biological samples, e.g. depletion of liquid nitrogen supply, power outrage of mechanical deep freezers, and transportation delays for samples in liquid nitrogen dry shippers or dry ice boxes.

Furthermore, traditional liquid nitrogen facilities for long-term storage of biological samples are spacious and expensive, and can raise severe safety issues caused by cold burn, asphyxiation and explosion. To solve all those technical and practical issues, CryoCrate is dedicated to establishing a new cell and tissue cryopreservation technology platform based on several inventions that embody completely new working mechanisms.

Modern cryopreservation technology can be traced back to the 1950s when animal spermatozoa were first successfully frozen with a relatively high concentration of glycerol. Subsequently, numerous cell types were demonstrated to be able to survive using cryopreservation procedures with treatments utilizing various permeating cryoprotectants (including DMSO, ethylene glycol and glycerol, etc.) in the loading cells prior to freezing. Consequently, and naturally, various technologies involving cryoprotectant treatment were developed, for tissue cryopreservation, including slow freezing, vitrification and lyophilization (so-called “freeze-drying”).

However, all of those three tissue cryopreservation technologies have been shown to result in considerable limitations in practical and clinical operations: namely, 1) in slow freezing procedures, relatively large ice crystals that are formed in the traditional cryopreservation medium cause direct mechanical damage to cells, and such damaging effects are significantly amplified for tissues or cell layer structures; 2) in traditional vitrification procedures, tissues are maintained in a vitreous state (solidification without ice formation) to prevent both intracellular and extracellular ice formation. Traditionally, vitrification has been achieved by the use of a relatively high concentration of cryoprotectants (approximately 40-60% in volume), which results in both significant osmotic and toxic effects on cells in the tissues, and also complicates procedures in loading of cryoprotectants before cooling and their removal after thawing. Using vitrification technology, the samples have to be stored in liquid nitrogen facilities. During warming from those cryogenic storage devices, devitrification and recrystallization occur in relatively large samples, which can also cause severe structural damages to tissues; and 3) in freeze-drying procedures, the water contents are removed by sublimation to prevent cell-damaging ice formation, but the cell and tissue damages associated with various mass transfer procedures are at a level comparable to slow freezing and traditional vitrification methods.

Comparing to those traditional approaches, all three CryoCrate technologies result in significantly improved cryopreservation efficiency for tissues, based on novel mechanisms that are different from those deployed in traditional procedures. For IcyEye® (Seeking FDA Clearance) and INSTAvitria®, please see “Corneal Cryopreservation” and “Ultra-fast Cooling Technology” for more details. The application of C80EZ® medium technology significantly reduces the size of ice crystals inside tissues by changing ice crystal structures and enable long-term storage in normal deep freezers, which prominently improves tissue cryopreservation efficiency.

The associated product C80EZ®-TISSUE is one of the first commercially available cryopreservation medium products that are designed specifically for human and mammalian tissues. The efficiency in using C80EZ®-TISSUE for blood vessels, ovarian and myocardium tissues, which are challenging for traditional methods, are demonstrated below.

C80EZ®-TISSUE is our new product, and all the data below were generated by ourselves or collaborators.

A comparison between the cell viability and tissue structures of rat aortae cryopreserved by regular cryopreservation medium (left) and C80EZ®-TISSUE (right) after one-year storage at -80°C. Based on this standard TUNEL staining analyses with dark brown illustrating apoptosis, it is obvious that the death of smooth muscle cells and endothelial cells and detachment of endothelium are significant from using traditional DMSO + FBS solutions, while those cells and fine structures are well preserved by using C80EZ®-TISSUE.

A comparison between the oocyte viability and vesicle structures of pig ovarian tissues (2µm in thickness) cryopreserved by regular cryopreservation medium (left) and C80EZ®-TISSUE (right) after two-month storage at -80°C. Based on this standard TUNEL staining analyses with dark brown indicating cell apoptosis, the cell loss and destruction of the oocytes and ovarian follicles are significant using regular medium, while those cells and fine structures are much better preserved by using C80EZ®-TISSUE. 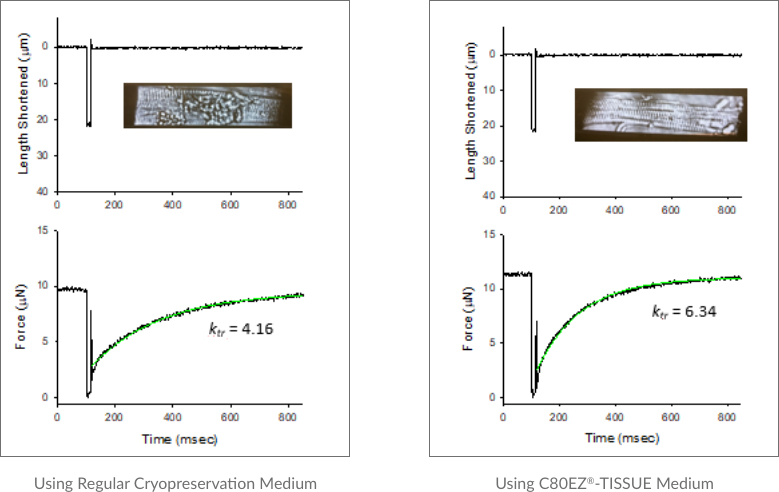 A comparison between the morphology and functionality of cardiomyocytes isolated from the myocardium tissues cryopreserved by regular cryopreservation medium (left) and C80EZ®-TISSUE (right). Based on these standard analyses, the death of cardiomyocytes and loss of the flexibility of the cells are obvious from using regular cryopreservation medium, while those cells and their mechanical properties are well preserved by using C80EZ®-TISSUE: for fresh cells, the values of the rate constant of shortening, i.e. Ktr, approximate 6 (not shown here), which are similar to those from C80EZ® treatment and obviously higher than those (average as 4) from using regular freezing medium.

To date, a majority of cell types used for biomedical research can be cryopreserved using home-brew or commercially available cryopreservation medium with acceptable post-thaw viability, and the advance of cell culturing technologies enables researchers to obtain sufficient cells even with relatively low throughput from cryopreservation. However, these traditional measures are challenged by numerous primary cell types that are cryosensative and cannot be proliferated through normal ex vivo culturing. A typical example is primary neurons, which survive poorly from normal cryopreservation procedures, in sharp contrast to neuron progenitors that can be cryopreserved efficiently. The C80EZ®-NEURON product is specially designed for primary neurons to achieve high post-thaw viability and normal functionalities to facilitate associated research and biomedical applications. The normal C80EZ® product also significantly increases the post-thaw viability of primary chromaffin cells.

For regular cell types, e.g. stem cells (including both pluripotent and multipotent stem cells), embryos, and cancer cells, the use of standard C80EZ® product removes the need of liquid nitrogen facilities and achieves long-term storage of these cell types in regular freezers with the same efficiency in maintaining cell viability and functionality as using liquid nitrogen facilities. It provides a safer and cheaper alternative for operation of cryopreservation.

All the data below were generated by our users or collaborators (see References for more details).

A comparison between the cell viability of rat primary neurons in the suspensions of: A. fresh culture; B. cryopreserved by C80EZ®-NEURON medium in liquid nitrogen; C. cryopreserved by traditional serum rich medium in liquid nitrogen. The post-thaw viability in the C80EZ® treatment approaches 80% of fresh control, which is unprecedent for mammalian primary neurons. 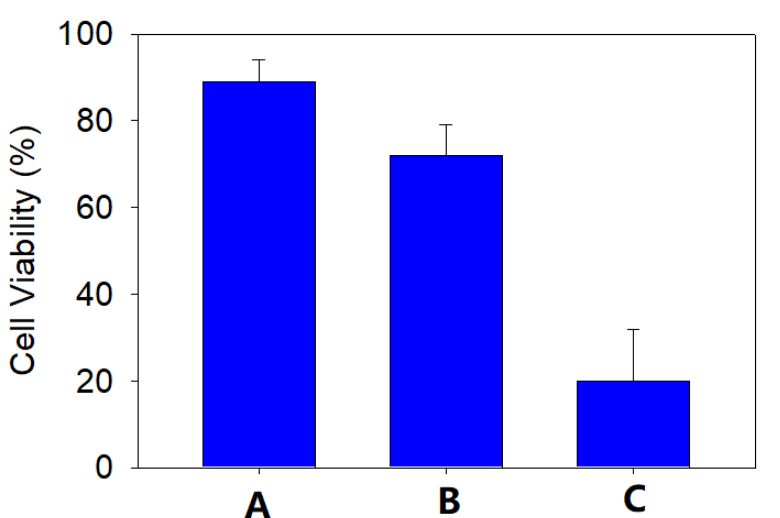 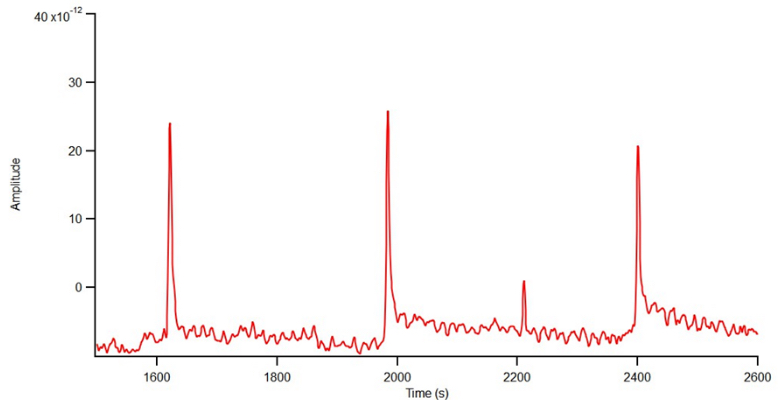 A comparison between the post-thaw cell viability of human iPSC stored for different periods of time and different methods. The post-thaw viability of the cells stored in C80EZ® at -80°C is comparable to the outcome of liquid nitrogen storage, while storage at -80°C without using C80EZ® resulted in gradual and significant cell loss. Similar results were obtained from human ESC and rodent mesenchymal stem cells. 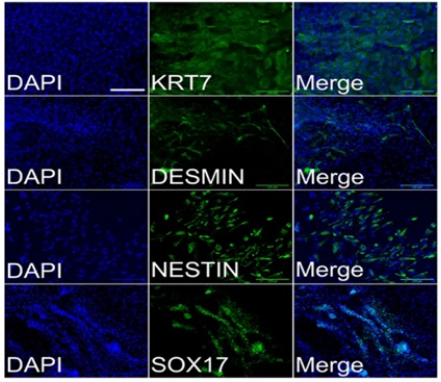 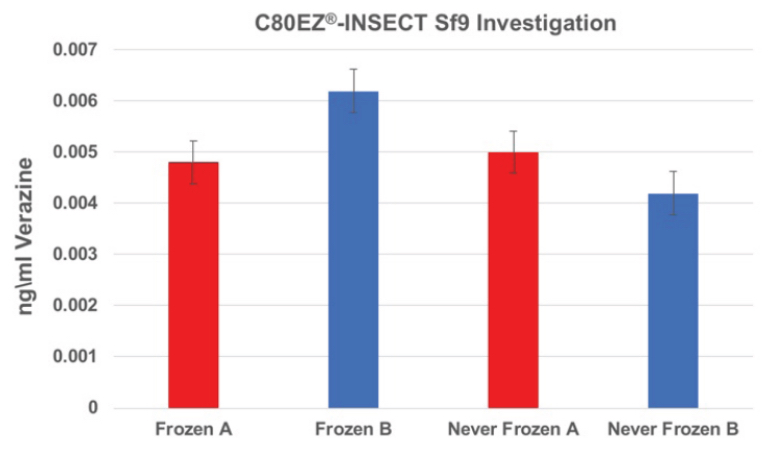 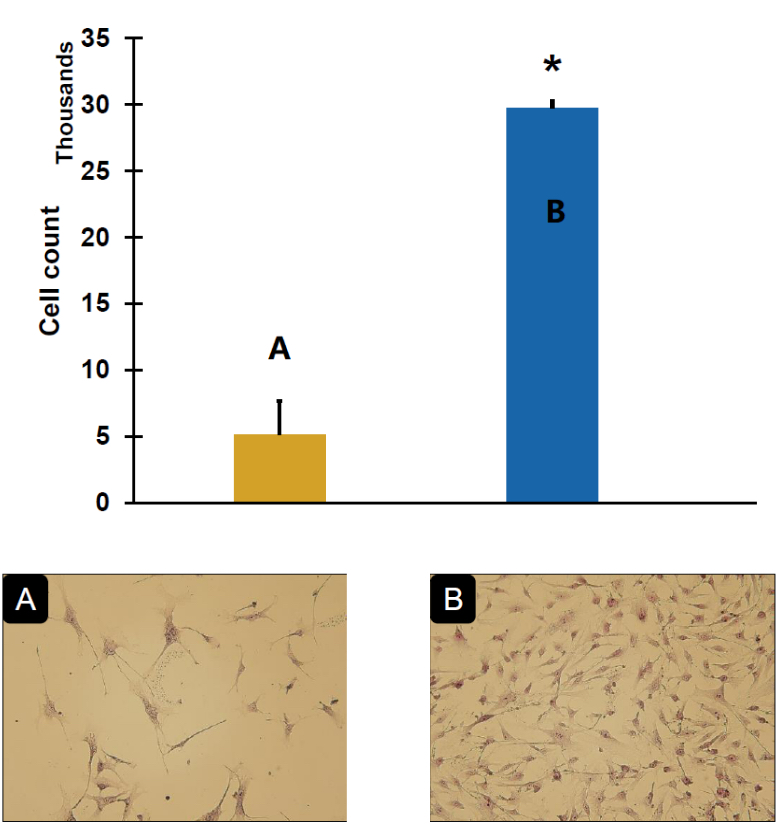 A comparison between the post-thaw cell viability of human SMC stored at -20°C for 10 days using regular FBS based cryopreservation medium (A) and C80EZ® medium (B), and the plated cell colony morphology between two groups. The use of C80EZ® for preserving SMC at -20°C is as efficient as using liquid nitrogen to storage for the same period of time.